IT STARTED WITH BUDDY

Growing up, Stacey had always loved animals, especially dogs and horses.  In late 2002, a stray dog showed up near Stacey’s home that she instantly fell in love with and named Buddy.  He was a Border Collie that was very sweet, but needed to learn a few manners.  Stacey was 11 years old when she enrolled in her first training class with Buddy.  So excited by the training process and competitive by nature, she always read a week ahead in the class handbook provided.  Stacey took Buddy through the most advanced classes and began competing in AKC, ASCA, and UKC obedience trials all across Oklahoma and Texas.  Along with earning titles through the highest level of obedience trials, Stacey volunteered in many areas of the dog obedience world and made friends with fellow trainers that were always happy to share their knowledge.  During this time, she also spent many hours shadowing at a vet clinic learning as much as she could about dogs in general. 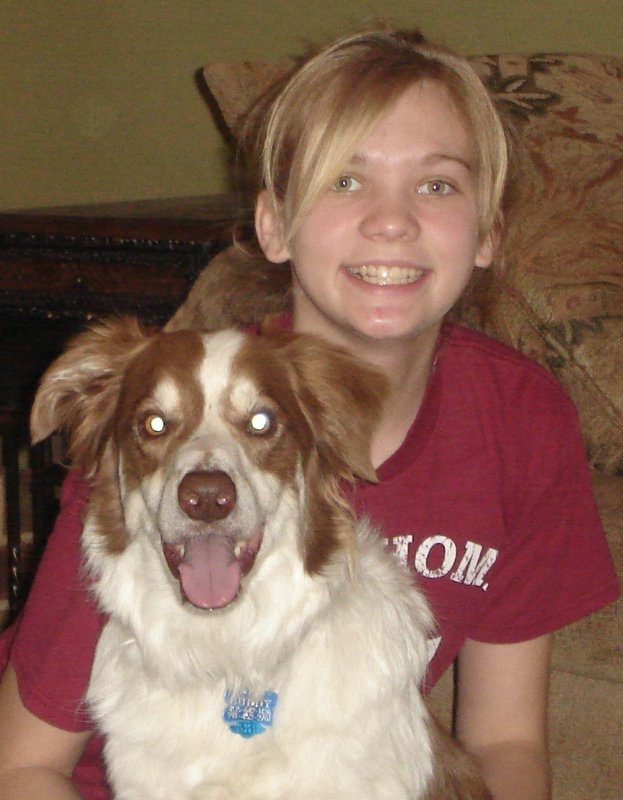 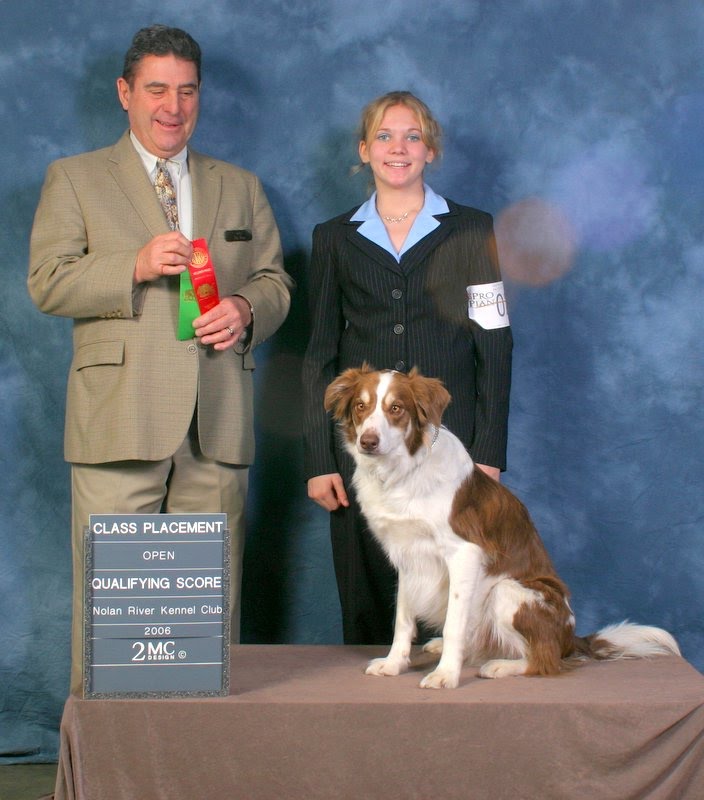 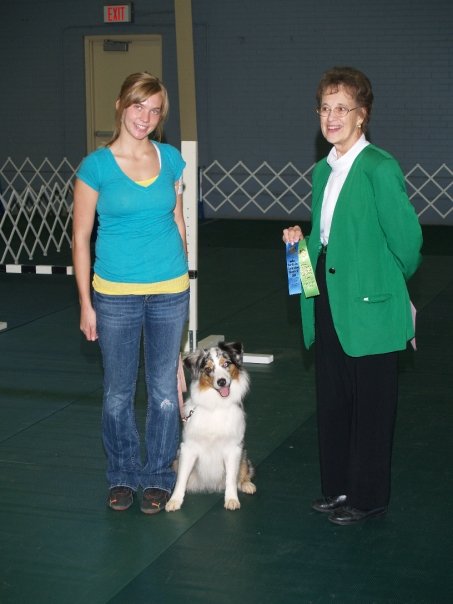 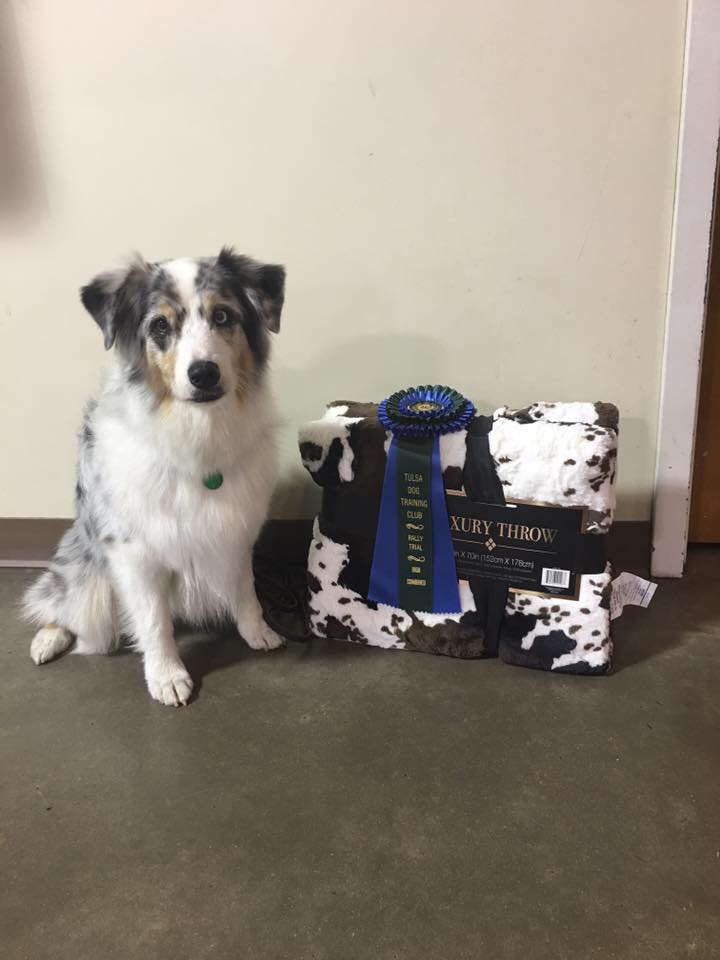 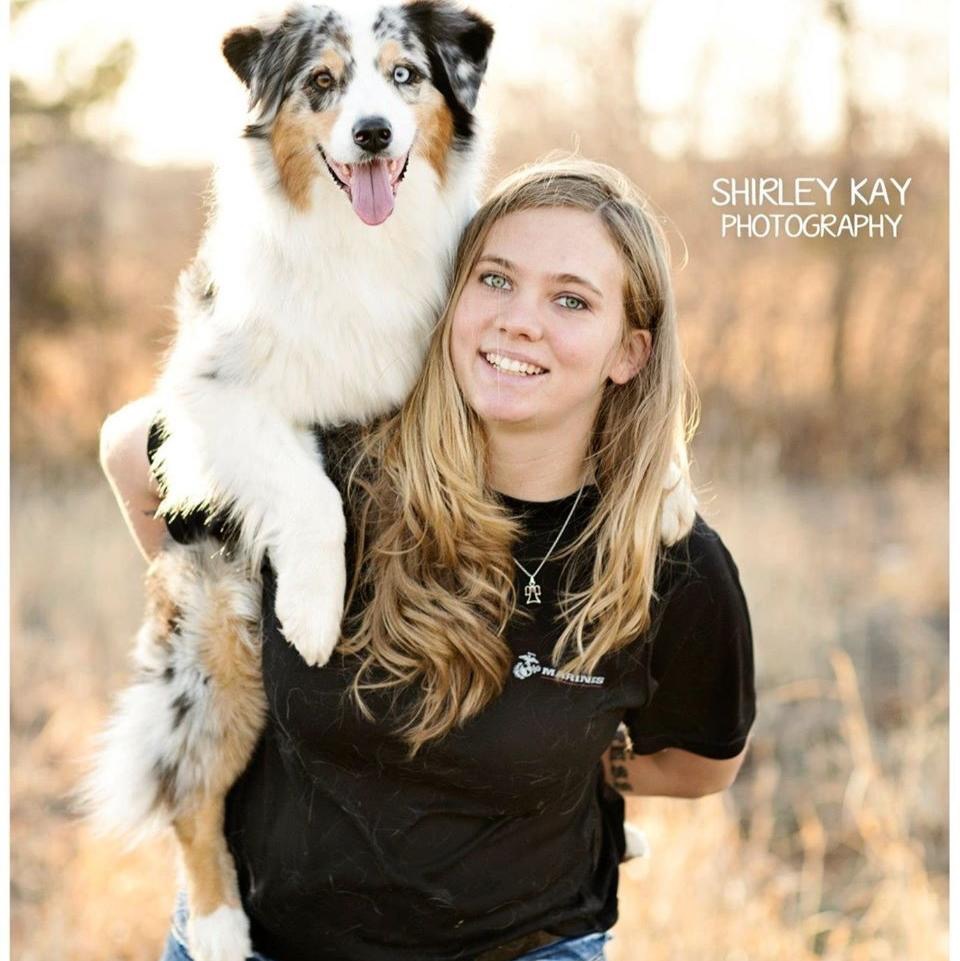 THEN THERE WAS CRUSH

In the spring of 2007, Stacey was given a wonderful 8 month old Australian Shepherd named Crush.  Crush didn’t have an ounce of training, neither obedience or living in a house.  In less than 2 months, they competed at their first obedience trial where Crush earned her first title.  In a few short months, the team had qualified for Top Ten nationals, but Crush was getting bored in the Novice level.  Stacey made the decision to go for the next level, Open.  In another few months, the team had earned their title in the Open class and qualified for the Top Ten nationals!  They placed 6th in the entire nation at ASCA nationals that fall of 2008 and were the youngest team by far, Stacey being 16 and Crush being 2.  Afterwards, they went on to the most advanced level called Utility and earned that title in AKC and ASCA, too.  The team also competed in Rally Obedience and earned the highest titles in AKC.  During these years of training and competing with Crush, Stacey gained the respect of many fellow trainers and assisted in teaching many of the very classes she started in with Buddy.  She loves sharing what she has learned to help others enjoy their dogs to the fullest extent.

After graduating high school in 2010, Stacey enlisted in the Marines. While in the service she was still drawn to being involved with dogs any way possible. In Okinawa, Stacey provided training classes for foster dogs in a local rescue. In Colorado, she worked under a seasoned trainer and continued gaining knowledge and experience. Stacey also taught the training classes and mentored a new trainer when the owner was away from time to time. After 4 years in the Marines, Stacey went to Texas where she started professionally showing dogs, started her own training classes, and expanded her training knowledge into the behavior world. In 2015, Stacey moved back home to Oklahoma where she has been ever since and established Buddy’s Dog School, in memory of her very first dog. 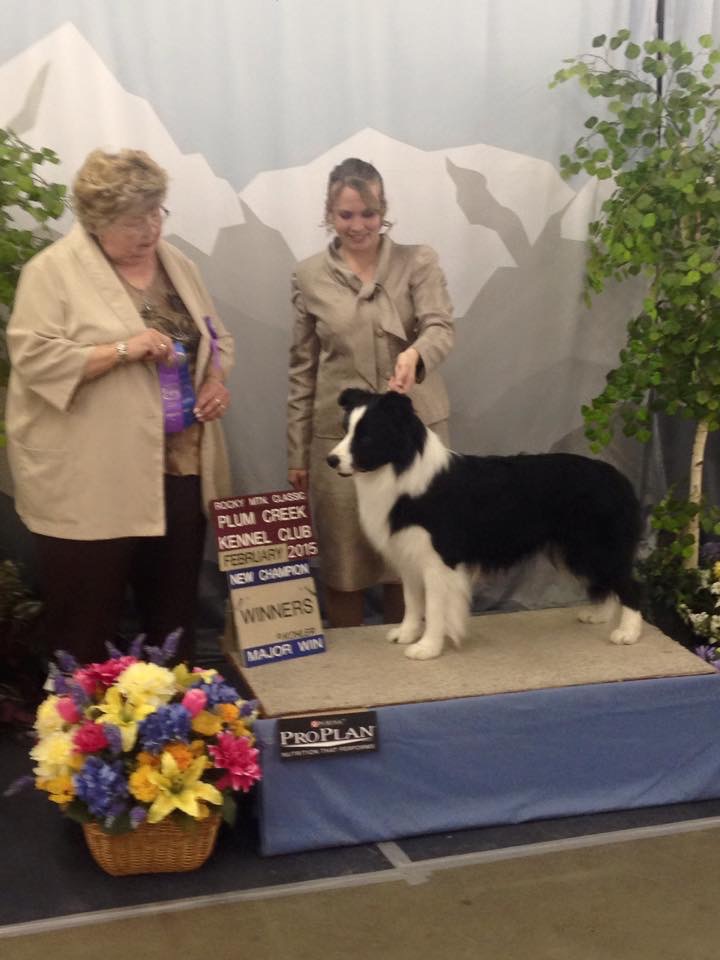 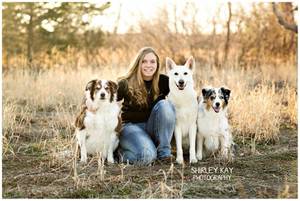 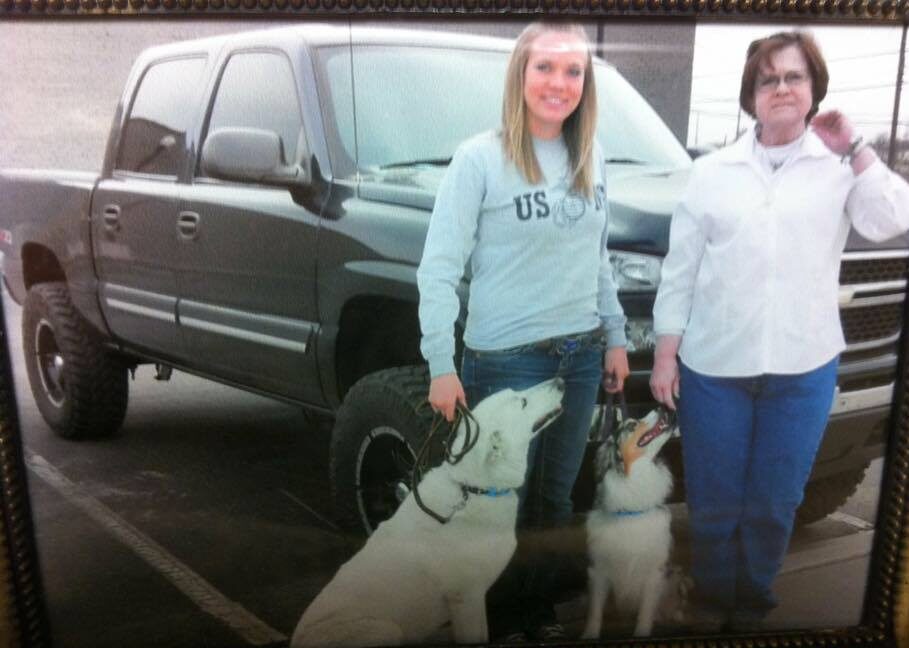 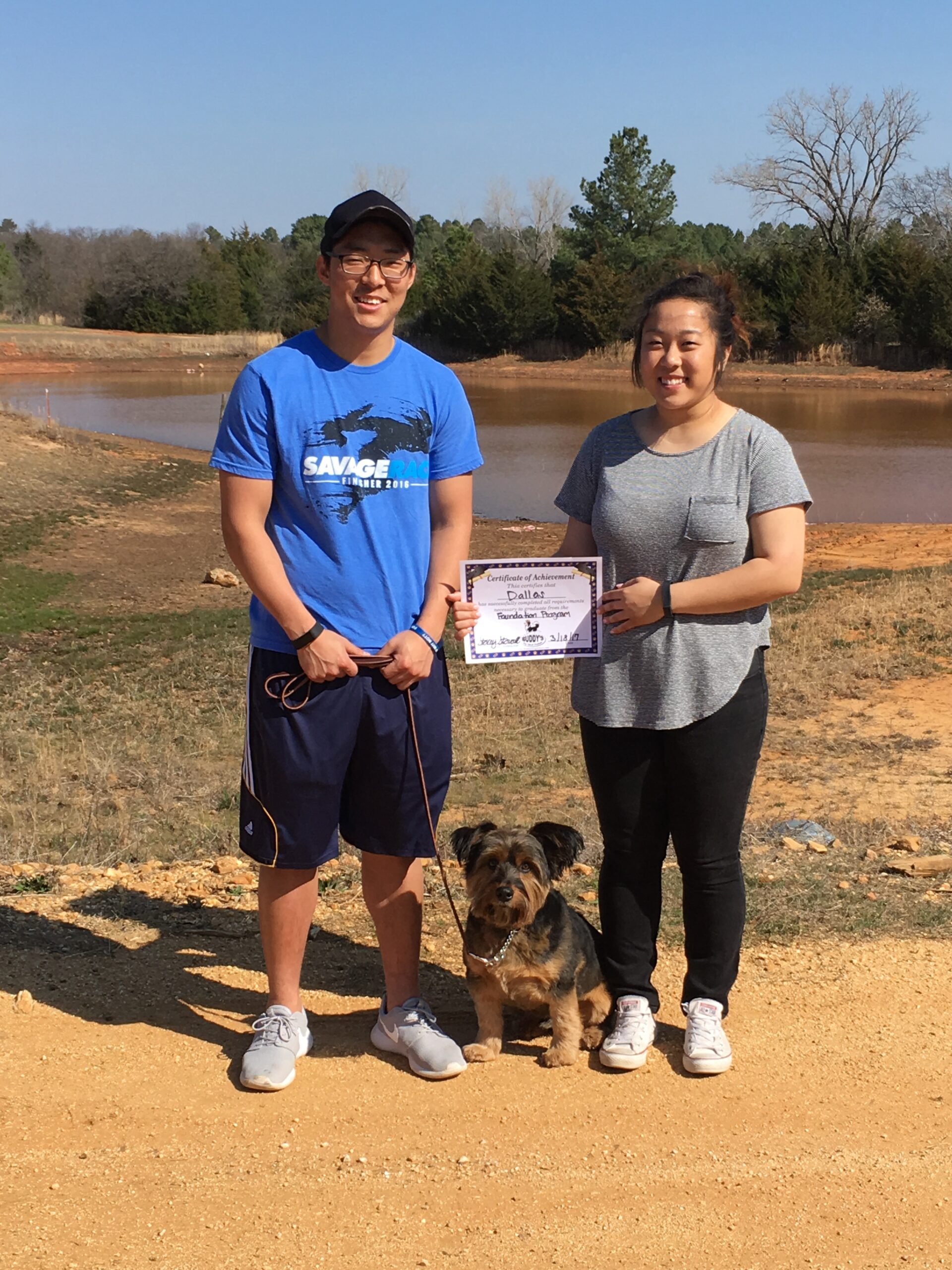 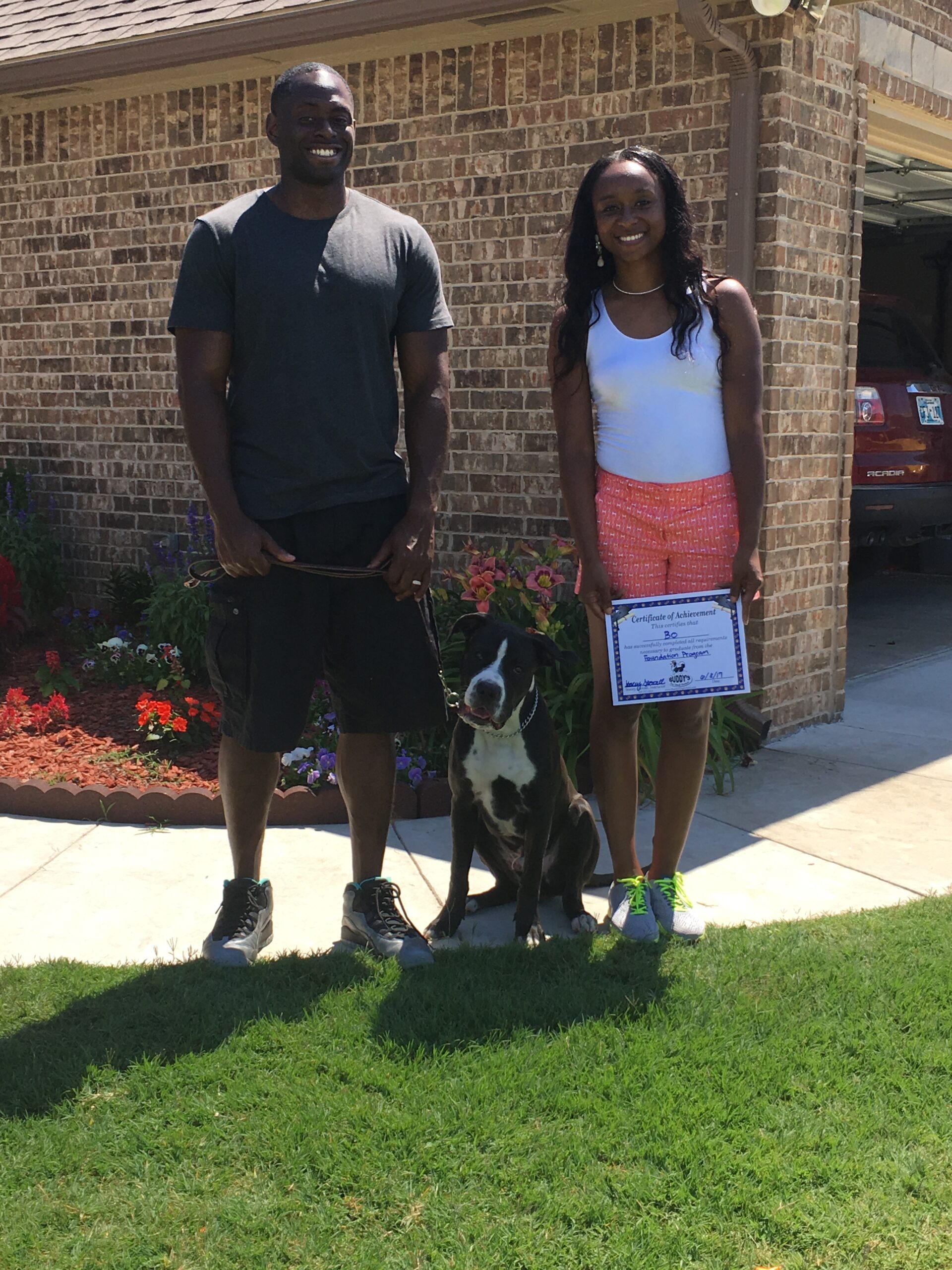 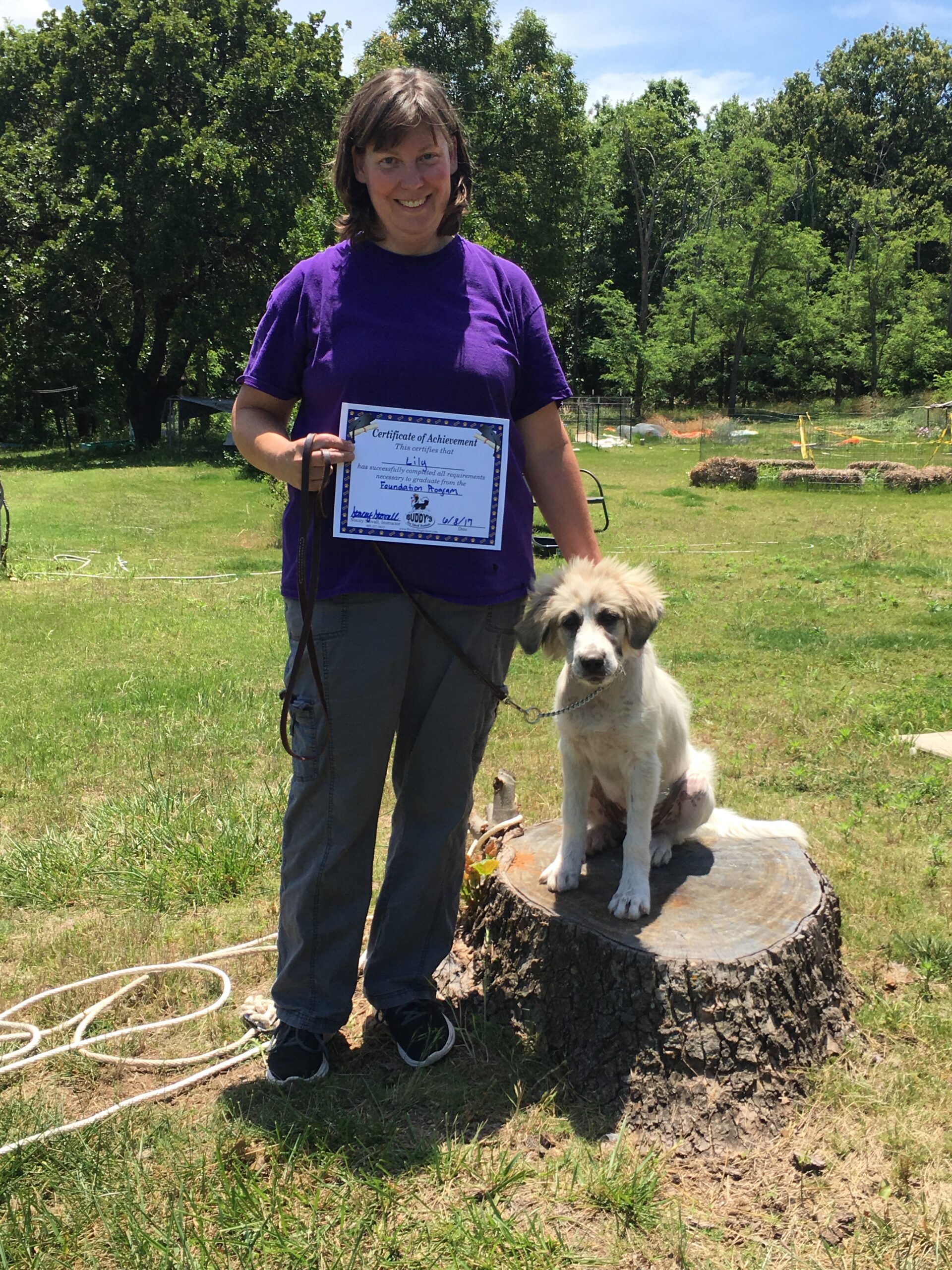 HOW THE TRAINING IS UNIQUE

At Buddy’s Dog School, we combine behavior and obedience to create a balanced dog and fast results. We use simple techniques for both corrections and praise so you and your dog can learn quickly and see improvement on your very first day. Our training methods work for dogs of all ages, breeds, and background without the use of or dependence on treats. As the owner, you play a big role in the training process with any of our programs. We teach you how to maintain the training for the lifetime of your dog and provide you support even after you have graduated a training program.

If you want to know more